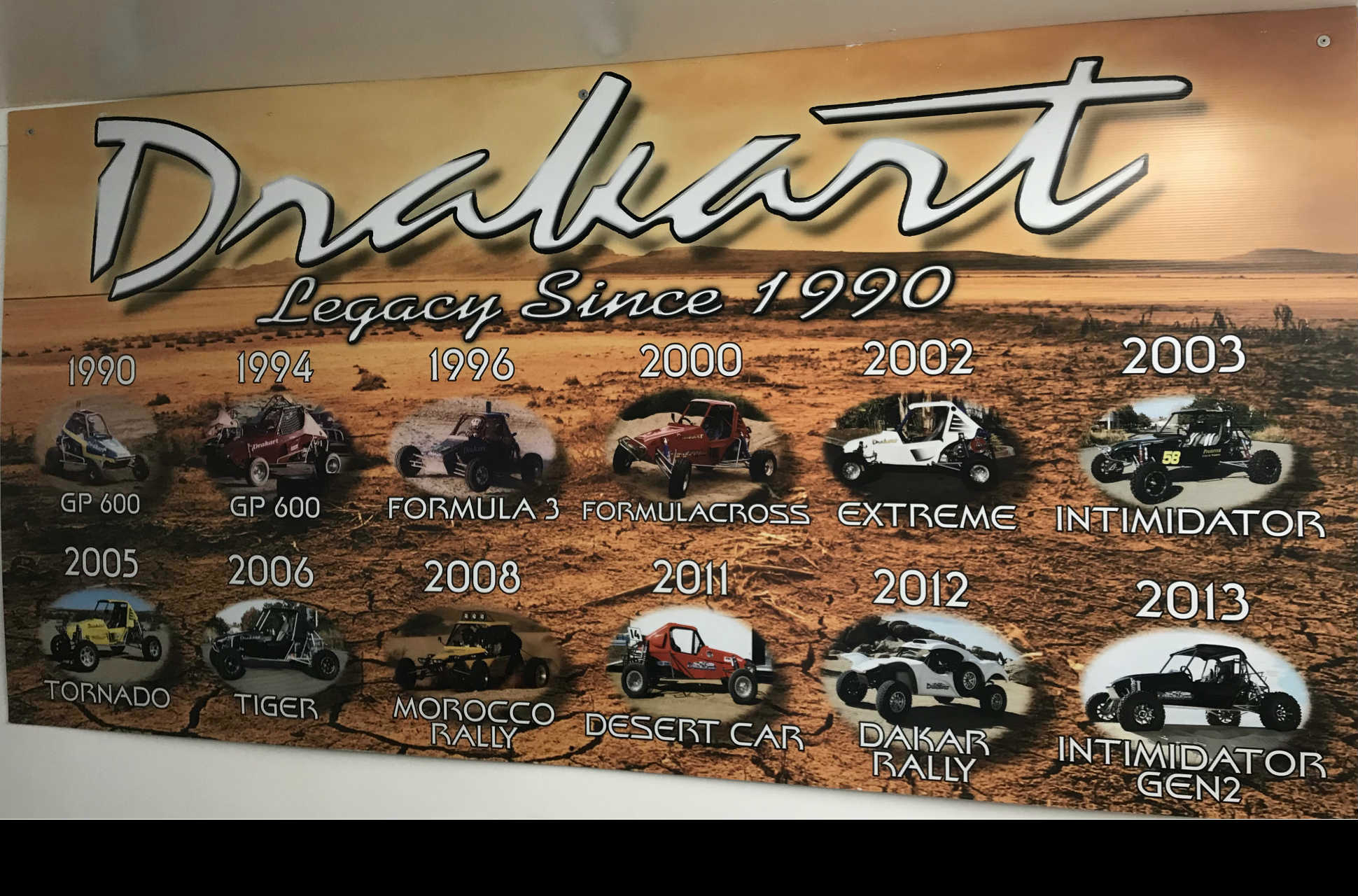 More than 20 years ago, the first Drakart single-seat car was built, designed, and raced in Europe by Alain Fricker. Drakart vehicles were originally built in Europe from 1990 to 1997 and were the European automatic transmission leaders in the super light 500cc and 600cc categories. Alan was fascinated by North American wide-open spaces and decided to settle in Canada in 1997. The Drakart was then adapted for, and made available to, the North American market and built in Canada from 1998 to 2001.

In 2001, Drakart moved to California, to better serve the American off-road community. In 2008, Drakart designed new cars for the Dakar Rally. We are coming out with 2 new models that are going to continue to keep Drakart a leader in the super light category. Contact us in Hesperia, California, to discover the excitement of driving our off-road cars. Phone No. (760) 713-1936‍